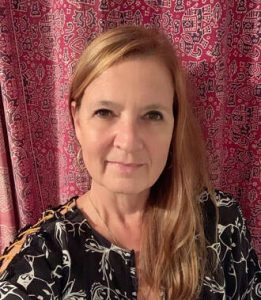 Hey there, I love fabric, sewing, quilting and most of all Foundation Paper Piecing. Welcome to my blog! 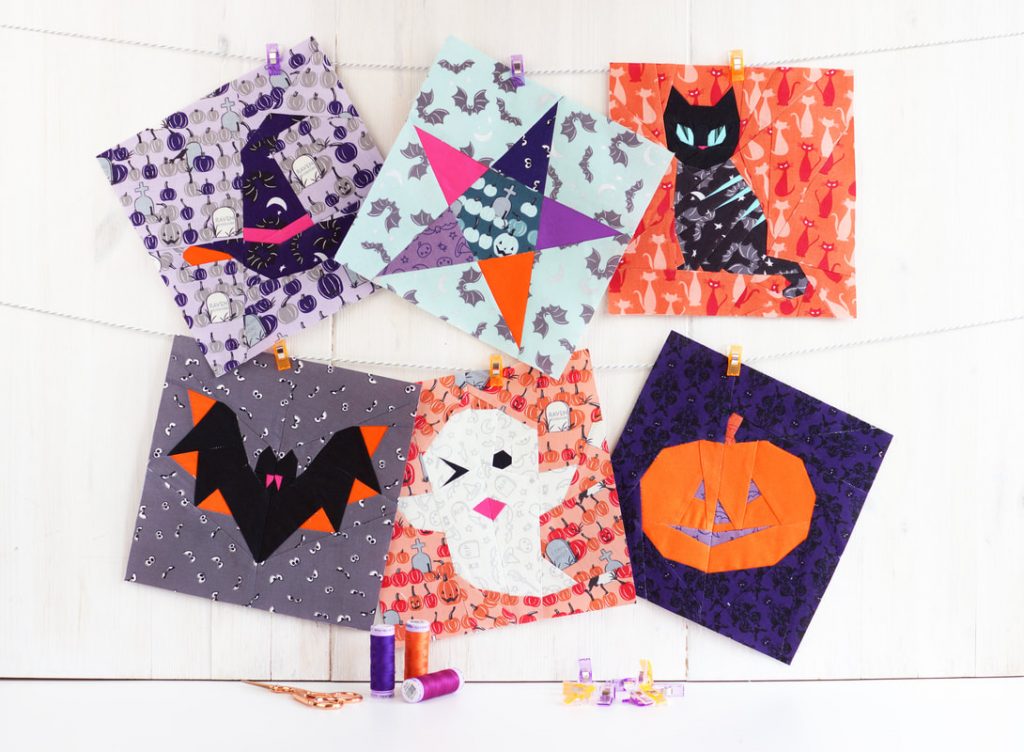 I decided to sew up all of my Halloween quilt blocks with this cute fabric series and I am over the moon with the results.

The fabric patterns are small enough to work great as background fabrics, but are equally fun for fussy cutting. These quilt blocks will be perfect for these little trick-or-treat bags, it’s a free pattern and tutorial. Let’s see what all these Halloween symbols mean:

Halloween as we know it today, was celebrated by Celtic cultures as a feast for ‘summer’s end’ and to honor the fall harvest. It was called Samhain, pronounced sow-in.

It was celebrated on the evening of October 31. until sunrise on November 1. and is also known as the pagan New Year’s Eve. It was a celebration for the deceased as much as for the beginning of the pagan New Year. Celebrations included bonfires and feasts. In the Middle Ages people who celebrated with bonfires were accused of being witches. And their power was believed to be greatest during Halloween night.

So it’s no surprise, that the witch, her hat or broomstick are still to this day, one of the most prominent symbols for Halloween.

The original Celtic bonfires at Samhian would attract many bugs and flying insects.
Which then caused bats to emerge at these festivals to have a little feast of their own.
Therefore there’s no Halloween without a bat.

The association of black cats with Halloween also comes form the Middle Ages.
The women accused of witchcraft often fed wild cats or had pet cats themselves.
Black cats were feared especially, since their dark black fur allowed them to roam through the dark undetected, leaving only their piercing eyes to be seen.
And who doesn’t agree, this is a little bit scary, right?

Ghosts have always been a symbol for Halloween.
Samhain and the Christian holiday ‘All Hallow’s Eve’ or ‘All Saints Day’ are both celebrations for the deceased. During the night of Samhain it was believed, that the veil between the living and the dead is the thinnest and people are closest to the dead and their spirits.
Making the ghost the most fitting symbol for this ‘ghosty’ holiday.The Jack-o-lantern:

The Celts would carve turnips on ‘All Hallow’s Eve’ and would place and ember inside.
This was done to keep evil spirits away.
Funny enough pumpkins didn’t exist in Ireland at that time that why turnips were used.
The Pumpkin only became popular when the Irish migrated to America and were more popular and easier to carve that turnips.So what do you think? Are you in the mood to start Halloween sewing early this year?

Thank you so much to Riley Blake Designs for supplying the absolutely adorable
Spooky Hollow fabric series designed by Melissa Mortenson that I used
for these cute quilt blocks. 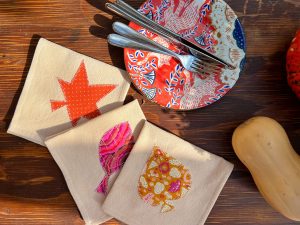 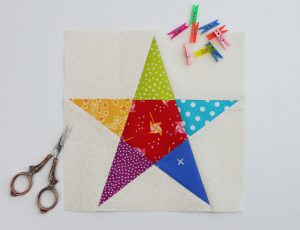 Learn about the newest patterns, keep up to date with Ingrid, and more!